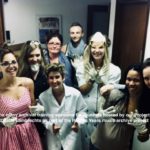 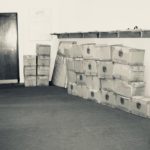 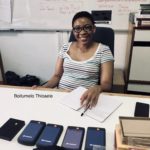 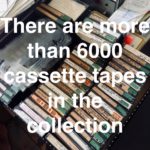 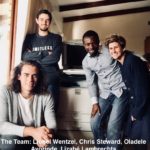 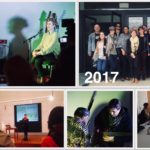 From 1-9 November 2016, the curator for the Hidden Years project, Lizabé Lambrechts, performed a piece entitled Archive in Process:

Unpacking the Hidden Years Music Archive. During this daily performance, Lambrechts would start by putting on her white lab coat, gloves and mask in front of a big window through which passers-by would be able to catch parts of her performance. Throughout the day, Lambrechts would exhibit a continuously changing array of objects as she unpacks boxes from the Hidden Years music archive. Through this process, viewers were asked to intertact with the various processes that determine archival collections, and to take cognisance of how archives are formed. This piece has been informed by Lambrechts’s interest over the past couple of years to explore ideas around “the archive, its impact on the present and our understanding of the constructions of history.”

Other curatorial projects through which she has engage with these ideas include, As You Are Standing Here (2015), a collaborative work with Ernst van der Wal (Senior Lecturer Visual Arts, Stellenbosch University), and Allen Price (Associate Professor in Architecture and Media Studies at Ohio State University, Columbus), where they  experimented with how sound could be used to activate hidden and multi-layered histories. Along with post-graduate students from the Visual Arts Department at Stellenbosch University a mapping installation was created using recorded audio material contributed through a mobile web app designed by Price. This piece was exhibited as part of the Stellenbosch 360 outdoor art installations (July 2016-January 2017). She and Van der Wal has collaborated in the past as well on the project, Lingering Absences: Hearing Landscape Through Memory (2013), through which they explored the complex history of the Eoan Group, a cultural and welfare organisation established for the coloured community in District Six, Cape Town, in 1933. The group developed to include an amateur opera company which, in spite of apartheid’s increasing regulations, produced some of the first full-scape opera performances in South Africa. Through using visual and auditory material (including interviews conducted with the group as part of an oral history project and sound recordings of their performances from the archive), film footage and interventionist strategies, this exhibition sought to investigate the various layers of history and memory that sedimented the Eoan Group’s contested legacy.

For more information about these projects visit: