Mogorosi is increasingly building a reputation in the South African jazz scene among the new crop of young jazz musicians and theorists of this interesting time. The young artist has refined his brush strokes alongside prominent South African jazz musicians who count among trumpeter Feya Faku, saxophonist Zim Ngqawana, bassist Herbie Tsoaeli as well as pianist Andile Yenana to name a few.

Mogorosi recorded his SAMA nominated debut album, Project Elo, which was released in 2014 and re-released in 2015, by acclaimed London based Record company (JAZZMAN RECORDS). Project Elo has awarded Mogorosi a number of prestigious awards.

In 2016, Tumi Mogorosi recorded a duo album, Sanctum Sanctorium, with South African vocalist, Gabi Motuba, during a Prohelvetia Residency. The album features the acclaimed Swiss pianist, Malcom Braff, whose work is probing and opening new and exciting approaches to how the piano is played and explored. The album became an international success and received excellent reviews worldwide.

Tumi subsequently recorded a duo album, in collaboration with Pule Pheto, and in artistic conversation with visual artist, Mzwandile Buthelezi, who forms a silent third member to the outfit. Mzwandile writes visually in response to the sonic text the musical duo offers and thereby presents ten visual texts for the ten sonic pieces. The visual texts become the liner notes of the album and they operate as art pieces intersecting visual and sound groupings. This ‘trio’ presents a visual and sonic experience that is narratively involved in the socio-political climate of the oppressed.

Mogorosi also works creatively in the format of a band where he recorded a conceptual/theoretical project which is an interpretation of a written text by Frantz Fanon (psychologist, revolutionary, intellectual) called The Wretched (named after the book, The Wretched of the Earth). In this band the outfit consists of the following:  vocalist and soundscaper Gabi Motuba, Tumi Mogorosi on drums and sound artist Andre Van Wyk. This project explores sound through the lens of a shriek, a scream, a moment at the end of the limit of struggle. Theoretically this project aligns itself with a history of sonic writing that has been the means to deal with trauma or as refrains of such.

Mogorosi also forms part of Shabaka and the Ancestors band, a musical collaboration with a British artist, Shabaka Hutchings, renowned for extraordinary musical projects. Together they recorded their debut album Wisdom of the Elders which toured extensively in North America and Europe. They are in the process of finishing the second recording album. Tumi has also recently recorded a trio project in Bayreuth, Germany that explores piano and drums with an overlay of archival material from the Iwalewa Research Institute, a research branch of the University of Bayreuth.

Mogorosi’s recent project, which he presented in Frankfurt in May 2019, is an outfit under the name, Group Theory also known as Tumi  Mogorosi presents Group Theory. This is an outfit that explores musical motives and improvisation in and around form. The exploration, as the creative impetus of the unit, over- structures small musical themes as possibilities that enable engagements as processes not only of playing together but also thinking and writing/composing together. The group consists of five members who work as sound practitioners and musicians, educators and sonic theorists.

During his residency at Africa Open Institute, Tumi Mogorosi collaborated with Unathi Slasha in public seminars. Together with saxophonist Sisonke Xonti, Tumi and Unathi made a recording of sonic material (on percussion and saxophone) combined with and responding to a live reading of texts from Unathi’s novella, Jah Hills.

Photographs of the recording session were taken by Chris Kets. 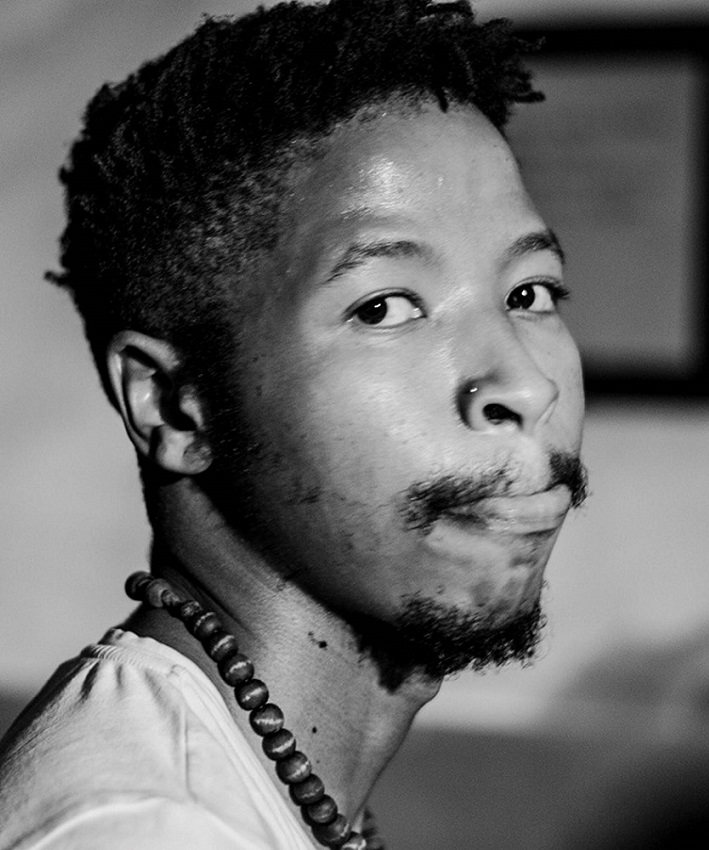