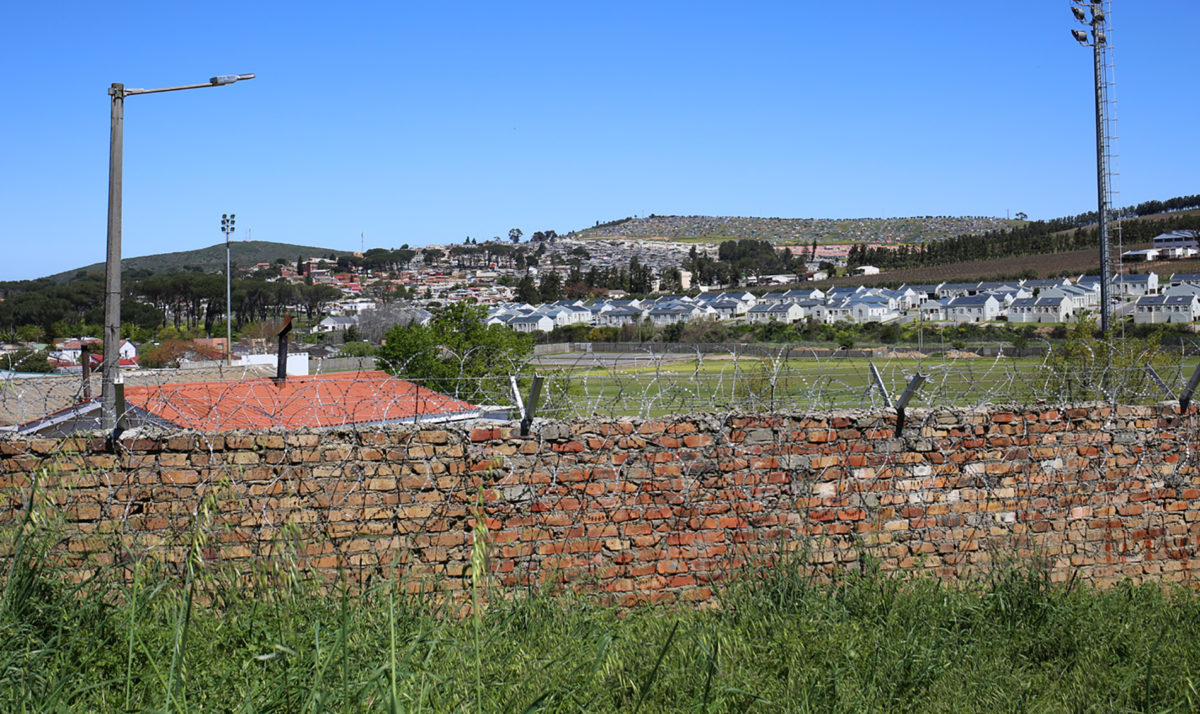 Originally known as Cloetesdal, Cloetesville is a neighbourhood on the outskirts of Stellenbosch. In the 1960s, it was demarcated a ‘Coloured’ township, according to the Apartheid government’s racialized demographic laws, and instrumentalised to house relocated residents, forcibly removed from their homes in the centre of Stellenbosch. Despite the residual trauma of forced removals (which the majority of residents were subjected to), artistic expression and cultural endeavours resonate in the community The creation of a small theatre, called ‘The Breughel’ and the performance of various school productions, have contributed to the development of Cloetesville’s artistic community. Currently, the neighbourhood is permeated by Hip Hop inflections and other urban sub-cultures, and ‘Park Jams’ are frequent musical events. (photograph on previous page: Engelstof and friends, Cloetesville)