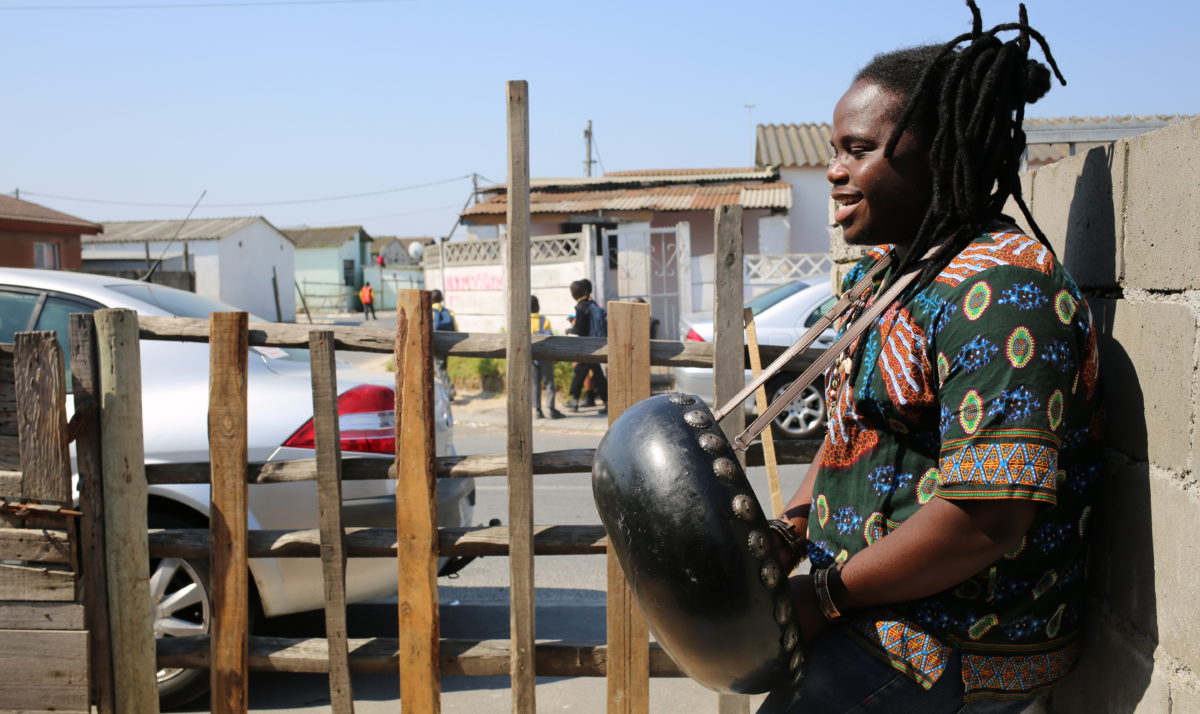 Located on the circumference of the Cape Flats, Khayelitsha is home to over 400,000 residents and is the second largest townships in South Africa, after Soweto in Gauteng. The name is of Xhosa origin and means ‘new home’. Khayelitsha was built under the principle of racial segregation, executed by the Apartheid government, to accommodate informal settlement dwellers on the Cape Flats and migrants from the Eastern Cape Province. It is located 25 kms from Stellenbosch. This historically black township continues to be an epicentre of cultural expression and artistic practice, where collaboration and cultural un-learning takes place through various artistic mediums. The musician Mavambo Chazanguza (a mbira player with an ancestral musical knowledge) lives in Town 1, Kayelitsha with his Zimbabwean father and South African mother. The township stretches from the N2 highway to Monwabisi beach and the False Bay coastline. There are many urban myths and legends recollecting this beach area. One such belief is that the sea contains an Ocean Snake who hunts around the same time each year. During the months of the Snake’s hunting, there are many tragic drownings.