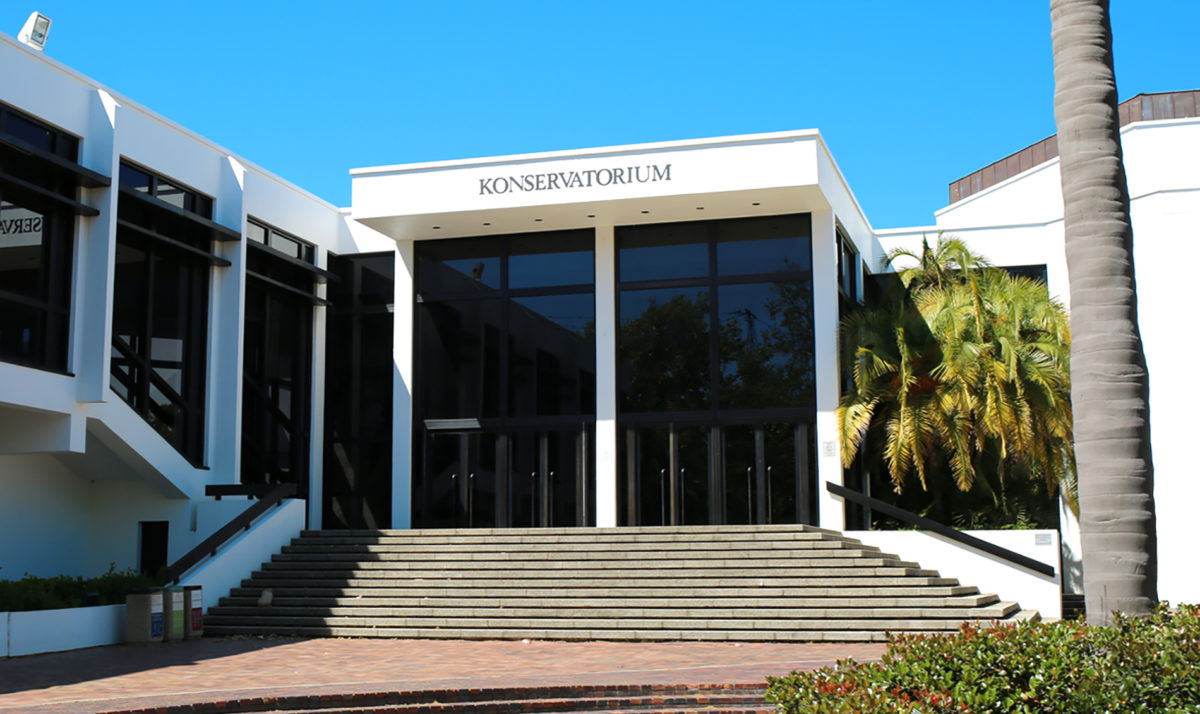 Inaugurated in 1905, the Music Conservatorium corresponds to the greater Stellenbosch University campus. Since its inception, the Conservatorium (and in particular the Endler Music Hall) has garnered a reputation for being an iconic venue within which both music and performance take place. However, its architectural and pedagogic formalism elides African aesthetics and philosophies of music. The Conservatorium is steeped in Western Classical and European paradigms of music, which were foregrounded during white supremacist rule in South Africa. The 2015/2016 Open Stellenbosch student movement sounded a clarion call for relevant pedagogical approaches to be taught at the Conservatorium, and the Stellenbosch University Music Department is addressing processes of decolonising music education, research, performance and production.