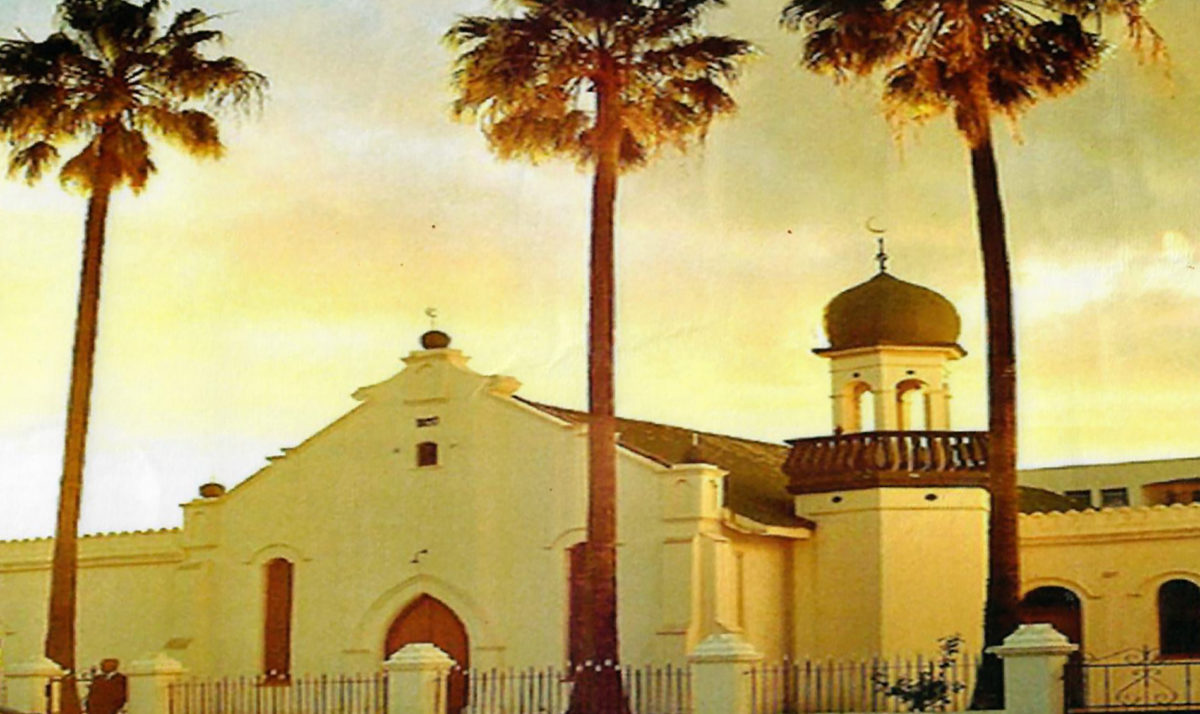 The Gujjatul Islam Masjid was built in 1897, and Imam Abdul Gabier was its first Imam. In the Arabic language ‘gujjah’ means proof; a literal translation for Gujjatul Islam would therefor mean ‘Proof of Islam’. As the third oldest masjid in the Province, Gujjatul Islam Masjid is a symbol of Islam in the Cape. It stands on land purchased by the deep-rooted Stellenbosch Jamaah, who are one of the oldest Muslim communities in South Africa. Gujjatul Islam Masjid is located in an urban zone of Stellenbosch known as ‘Die Vlakte’, which historically housed diverse communities of people, all living within walking distance from the masjid. In the 1950s and 1960s, the Apartheid government (through its tempestuous Group Areas Act Legislation), declared the areas surrounding the masjid a white residential area, and inflicted enforced removals on these communities to the outlying Stellenbosch townships of Cloetesville and Idas Valley. This mosque holds memories and profound affinities for individuals from across the African continent who inhabited ‘Die Vlakte’ before these evictions took place. The adhan can be heard sounding the prayers of the day, and the Mosque still plays a central part in religious celebrations, gatherings and festive occasions. The oddity of its contemporary location – adjacent to a bland parking lot, corresponds to the haunting violence and bleak remains following Apartheid’s forced removals.