Marc Röntsch, who started working on the Christopher Langford James archive many years ago, reflects on the donation of the James piano to AOI.

It is the tangible, the things we can touch, that inspire biographers. The theoretical of course is fascinating, but nothing connects you more to your subject than something with a physical presence. This is perhaps one of the powers of the archive; the pages they touched which we, now, get to hold.

In writing about Christopher Langford James, the Rhodesian-born composer who died in 2008, it was the physical that struck me. The painting which gave me my first sentence, the documents in the archive that first probed my interest. The house where he lived, which I got to see. Alongside the physical of course were the people, the ones he had known and with whom he was close. The people with fascinating, hilarious, and heart-breaking stories about this man who, had I not seen the evidence of his life, I would have sworn had never existed. 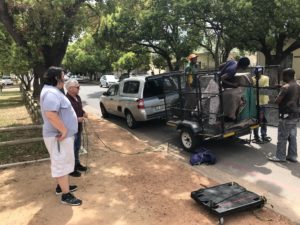 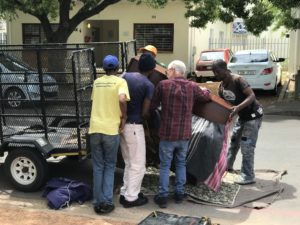 Christopher James composed in many Western art music genres – from string quartets, to electronic music, to piano concerti. The site of his creative work was always the piano. Even if the instrument did not feature in the final product, the piano was the starting point of it all. It was a piano that followed him around Southern Africa: it moved with him from Rhodesia to Pretoria, then from Pretoria to Ballito. After his death the piano moved to Cape Town, living with his daughter Melissa.

On 11 October the piano moved again. It left Melissa’s Cape Town residence and moved to the newly-unveiled Pieter Okkers-Huis in Stellenbosch, the location of Africa Open Institute. The James family had decided to donate the piano to AOI after the donation of The Christopher James Collection in 2010 to the Documentation Centre for Music (DOMUS). It was this archive on which my own doctoral research on James heavily relied. The first people to play the piano were Professors Michael Blake and Christine Lucia, both friends of James’s. 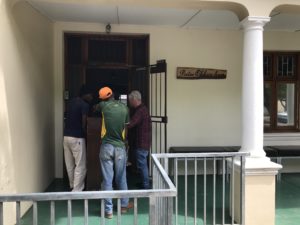 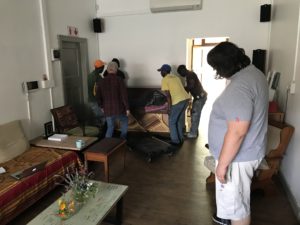 Beyond being just and instrument, the piano is a reminder of the life and legacy of a fascinating figure within South African music, a person who desired acknowledgement for his music. The piano is now a part of a location where music is made and discussed. I think that would have made Chris happy.