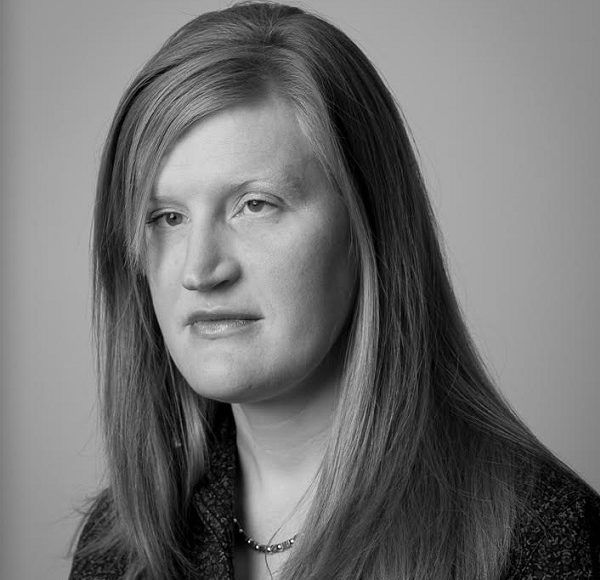 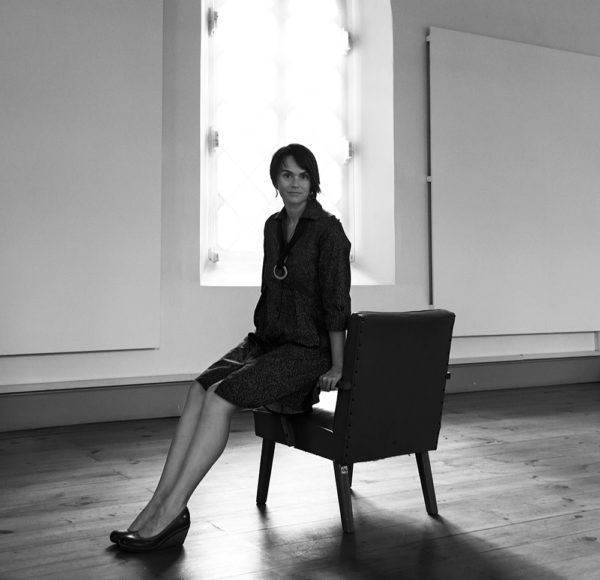 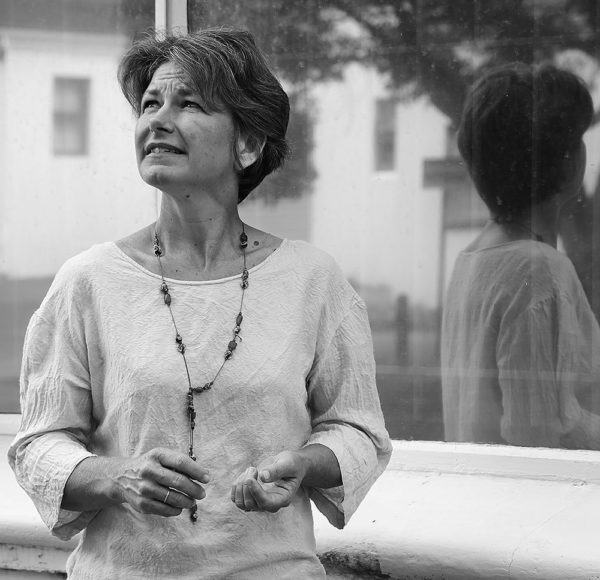 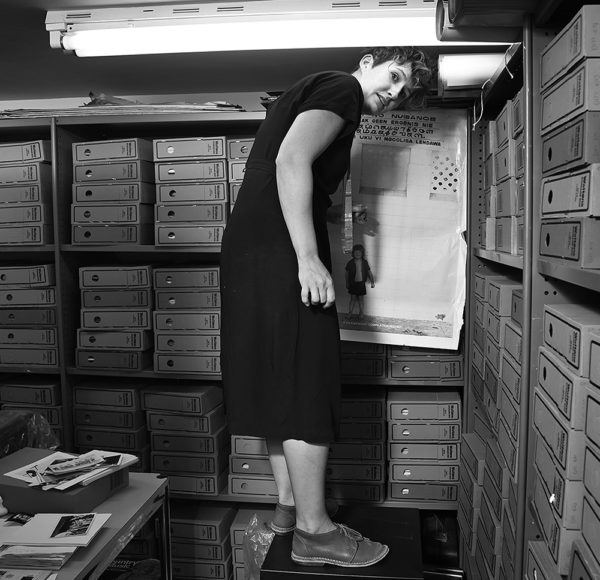 Claudia is a post-doctoral fellow of the National Institute of Humanities and Social Sciences and is hosted by the Africa Open Institute. She completed her PhD in Musicology at Stellenbosch University in 2017, under the supervision of Prof. Stephanus Muller (Musicology) and Prof. Thomas Cousins (Cultural Anthropology). Her doctoral research focuses on varying strategies of musical settlement and migration in the Western Cape. Claudia is initially trained as a cellist and classical singer and is also an experienced vocal ensemble and choral singer. In 2008, she was accepted as foreign student at the Gnesin State College of Music in Moscow, Russia to pursue masterclasses. After returning to South Africa, she served as the Treasurer for the South African Society for Research in Music (SASRIM) and on the Society’s Publications Committee. She has experience as a part-time lecturer at the Stellenbosch University Music Department.

Claudia’s interdisciplinary work continues the research interests set out in her PhD. dissertation by connecting the legacies of settler colonialism in South Africa to issues of musical ownership in a project entitled ‘Of Music and Land: Settler Colonialism and the Politics of Artistic Ownership and

(Re)location’. Her other research interests include the relationship between settler colonialism and Christianity in South Africa, music and migration, and apartheid music censorship under the South African Broadcasting Corporation (SABC).

Claudia’s publications include a chapter on the composer William Henry Bell in a volume published by Routledge entitled Archiving Settler Colonialism: Culture, Race, and Space and edited by Yu-ting Huang and Rebecca Weaver-Hightower (2019) and an article on SABC censorship from 1986 to 1996 in Muziki: Journal of Music Research in Africa (2016). In addition, Claudia has presented research papers and presentations in South Africa and the United States.

Stephanie is the project leader of the Interdisciplinary Forum for Popular Music (ifPOP) at Africa Open. She comes to this project from a research perspective that crosses disciplinary boundaries (exile and displacement), and a music practice (South African jazz) that exceeds narrow understandings of genre, and which exists in tension with notions of “the popular”. Stephanie’s doctoral research, undertaken at Royal Holloway, University of London, was an inquiry into discourses of South African exile in the 1960s through the lens of jazz. Abdullah Ibrahim’s music of the 1960s was a focal point in this research project.

Stephanie has taught at Unisa, and tutored at Stellenbosch University and Royal Holloway. She has presented her research at various conferences in the USA, UK, Europe and South Africa, and is currently the Secretary of the South African Society for Research in Music. Stephanie regularly experiments with the interface between the academic and public spheres. To this effect, she has curated film screenings in the UK, and organised two symposia on Music and Exile in partnership with Goethe Institute (Johannesburg).

ifPOP is the realization of an interdisciplinary research and artistic platform upon which Stephanie would like to see her (future) work.

Marietjie completed the degrees BMus, BMus(Hons) and MMus at Stellenbosch University, and received the Unisa Teaching Licentiate in Music and the Unisa Performance Licentiate in Music (with flute as instrument) from the University of South Africa in 1991. Her PhD research in artistic research culminated in a dissertation entitled ‘Curating South African flute compositions: Landscape as theme of exhibition’ in 2015 (Stellenbosch University). She has published articles in Acta Academica, LitNet Akademies, Journal of the Musical Arts in Africa, South African Music Studies and in NewMusicSA Bulletin and she has presented papers and performances at national and international conferences. As flutist she has played with chamber musicians, poets and artists that have premièred South African compositions, and performed on national festivals such as the National Arts Festival (Grahamstown, 2006), the Klein Karoo Nasionale Kunstefees (Oudtshoorn, 2007), Klein Karoo Klassique (Oudtshoorn, 2012) and the Woordfees (Stellenbosch 2005, 2006, 2010, 2014, 2016, 2018). She recorded solos on the Afrimusik label and the southernbuzz label, the latter in 2012 as a flute duo CD with Barbara Highton Williams, entitled Fofa le nna. The short films Kreun (Aryan Kaganof, 2016) and Khoisan ghost kreun (Aryan Kaganof, 2016) portray Marietjie and Garth Erasmus in their music intervention in response to the history of forced removals from Roesdorp in Stellenbosch. Marietjie and Garth, with Francois Blom, presented Khoi’npsalms as investigative, curated music production, and the artistic response in the format of film that resulted from this production is entitled Nege fragmente uit ses khoi’npsalms (Aryan Kaganof, 2018). Marietjie Pauw teaches flute at the Johnman Music Centre in Stellenbosch.

Her research focuses on aspects of curating music in local contexts and on exploring alternative publishing formats. Her current music curations are inspired by the investigation of interventionist approaches that contemporary curating, artistic research and decolonial aestheSis bring when brought into orbit with classical (and broader than classical) sound installations.

Mapping music and musicking was the title of one of my recent research focus areas. The data gathered pointed to a local musicking scenario in which music is largely perceived as entertainment (for the listener), as skill (for the musician), as an income generator (for the musician and for the administrator working in the so-called creative and cultural industries) and as a means to further education (for the learner and teacher). The capacity that music has to also do critical work in geo-political conceptual scenarios, through interventionist contemporary curation and interpretation, appears to be a less important consideration within the musicking scenarios of entertainment/ skill/ income/ education. In response to this latter observation, I am particularly interested in the roles of the performing-musician-as-curator, and the taking responsibility of the musician’s activist intervention as curator, rather than the roles of the musician as caretaker-curator. In these interests I have found decolonial aestheSis to be formative to my practice and praxis. My research investigates and applies ways in which the musician-player is able to curate music and sound towards critical scenarios both inside and outside conventional art spaces. These curations are produced within tensions of artistic research, where the aim is to find knowledges that lie in the mutual coupling of theory to practice and practice to theory. The knowledges thus gained are informed by reflection on curations, and are communicated in conventional publication, but also in newer formats of publication.

Dr Lizabé Lambrechts is a Volkswagen Stiftung Research Fellow, partnered between Africa Open, Institute for Music, Research and Innovation (Stellenbosch University), the School for Oriental and African Studies (University of London), and the British Library and Archive. She completed her PhD in 2012 on five South African music archives as sites where embedded notions of power and politics become visible. After being appointed as the project leader of the Hidden Years music archive project she obtained training as an audio-visual archivist at ICCROM, an affiliate of UNESCO. She serves as the Vice Chair of the South African Society for Research in Music (SASRIM).

Her Ph.D. research was focused on investigating five music archives in South Africa as sites where embedded notions of power and politics become visible. This work was an attempt to situate music archives within the recent critical discourse on archives and processes of archive making, a discourse wherein the music archive was mostly absent. Employing self-reflexive ethnographic methodologies combined with a rigorous theoretical framework, allowed for a wide range of theoretical explorations about notions of politics, community, crises, storytelling, apparatus of capture, loss and being lost in the archive. In addition, this work incorporated a critical interrogation of archival methodologies such as the creation of inventories, catalogues, classifications, chronologies, descriptions, numbering systems and finding aids to explore the mechanisms of the archive that serve to institute and maintain power. This study revealed that archival processes, individuals, institutional spaces and contexts, function within an intricate web that is continually working towards creating the archive.
During her post-doctoral work, she has published and worked with a variety of media and contexts in order to explore notions of archive, its impact on the present and our understanding of the constructions of history. Some of these projects include the collaborative exhibition project “Lingering absences: Hearing landscape through memory” (2013), a collaborative sound installation “As you are standing here” (2016), and a performance piece, “Archive in Process” (2016), wherein the daily life and routine of an archivist was performed in front of a window where passers-by could view and interact with the various processes that determine archival collections.
Through pursuing interdisciplinary work spanning music and culture studies, history, curatorship and archival science, her work locates its civic responsibility both in terms of the past and the present. Whereas her work is historically concerned with re-inscribing marginalized voices into the historical record, it is also aware that institutional and personal archives harbor the potential to reinvent and to look at things anew.