Race, politics, and opera production during apartheid South Africa intersect in this historiographic work on the Eoan Group, a “coloured” cultural organization that performed opera in the Cape.

The La Traviata Affair
Opera in the Age of Apartheid

Race, politics, and opera production during apartheid South Africa intersect in this historiographic work on the Eoan Group, a “coloured” cultural organization that performed opera in the Cape. The La Traviata Affair charts Eoan’s opera activities from the group’s inception in 1933 until the cessation of their productions by 1980. It explores larger questions of complicity, compromise, and compliance; of assimilation, appropriation, and race; and of “European art music” in situations of “non-European” dispossession and disenfranchisement. Performing under the auspices of apartheid, the group’s unquestioned acceptance of and commitment to the art of opera could not redeem it from the entanglements that came with the political compromises it made. Uncovering a rich trove of primary source materials, Hilde Roos presents here for the first time the story of one of the premier cultural agencies of apartheid South Africa. 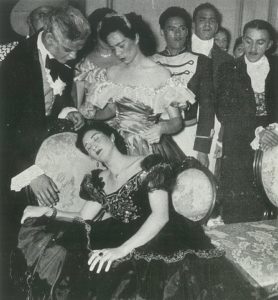 The ‘Dying Scene’ from Eoan’s 1956 production of Verdi’s La Traviata with May Abrahamse as Violetta. Source: Eoan Group Archive. 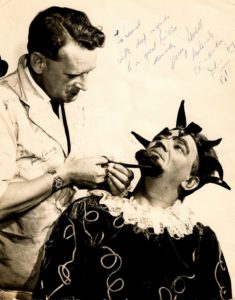 Lionel Fourie in the role of Rigoletto (1960). Source: the Evening Post, published with permission from the Tiso Blackstar Group.

“This intimate history presents a blow-by-blow ‘biography’ of Eoan and allows for the bringing to light of an impressive and exhaustive collection of never-seen-before archival material.”—James Davies, Associate Professor of Music Scholarship, University of California, Berkeley

“This is an exciting and important project that helps uncover the larger picture of the arts in South Africa from a wide swath of the twentieth century. From 1933, with the colonial British occupation, through the rise of the National Party and the creation of apartheid, this study focuses on the history of one of the premier cultural agencies in South Africa, the Eoan Group.”—Naomi André, Associate Professor of Arts and Ideas in the Humanities Program, University of Michigan

To order the book: